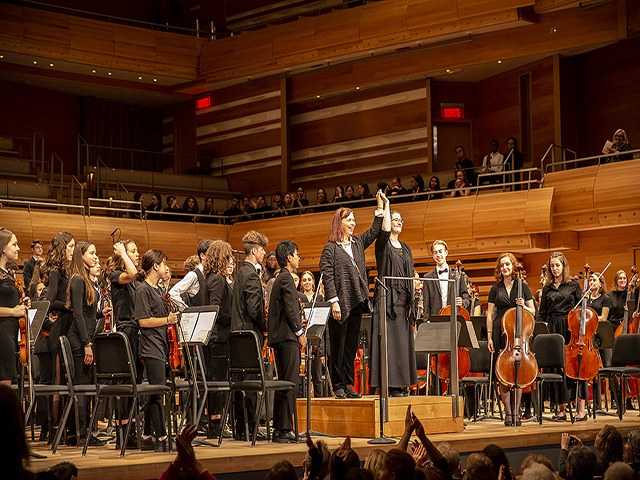 Montreal, June 25, 2019- More than 100 students from FACE School in Grades 6 to 11 were invited to be part of an evening performance at Place des Arts' Maison Symphonique recently. The concert extravaganza entitled "Musique et Passion à l’Unisson,” included two other schools, namely Saint-Luc and Joseph-François-Perrault and was a CSDM initiative in support of sustainable high quality music education in the public schools.

The outstanding performances by the Orchestre symphonique de FACE and soloists were all under the leadership of EMSB instrumental music teachers Marie-Eve Arseneau and Theodora Stathopoulos. In addition, the audience was treated to two FACE choirs (EMSB and CSDM) conducted by FACE CSDM vocal teacher Emmanuelle Racine-Gariépy. The CSDM  honoured the participating teachers for their engagement and significant contributions at a Gala evening, entitled Bravo, on June 19.